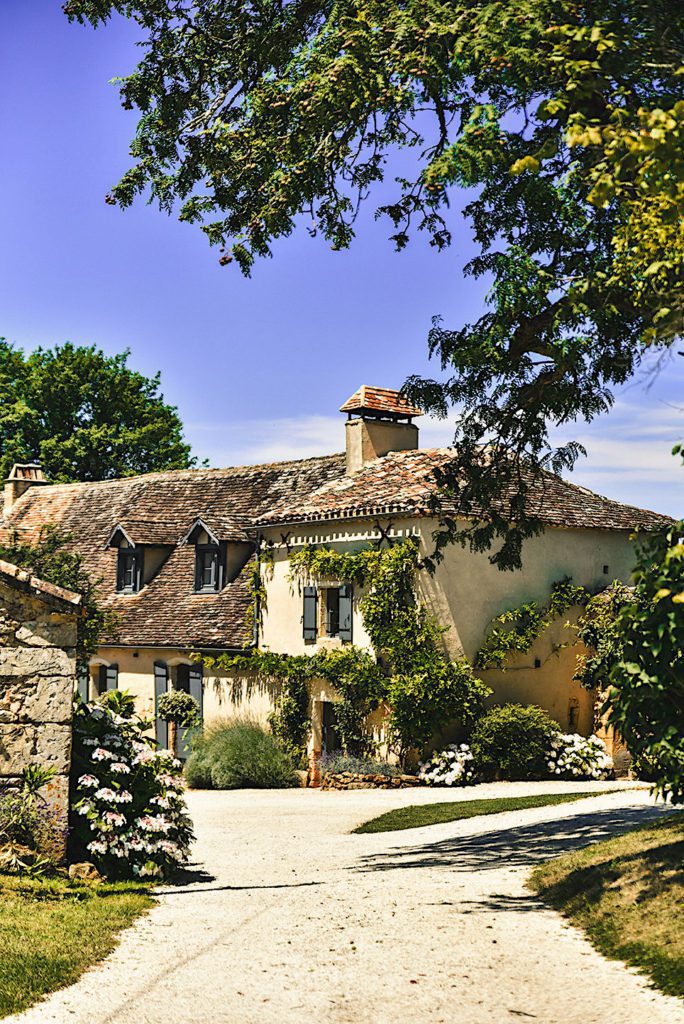 Le Mas is a 16th century farmhouse with thick stone walls, wooden beams and huge fireplaces. It has been completely renovated by interior designer Joris van Grinsven, who has respected the history and character of the building but brought it into the 21st century offering comfort, stylish understatement and discreet luxury.

The large well-equipped kitchen (55m²) is the centre of the house, great for family meals where everyone can sit comfortably around the table. 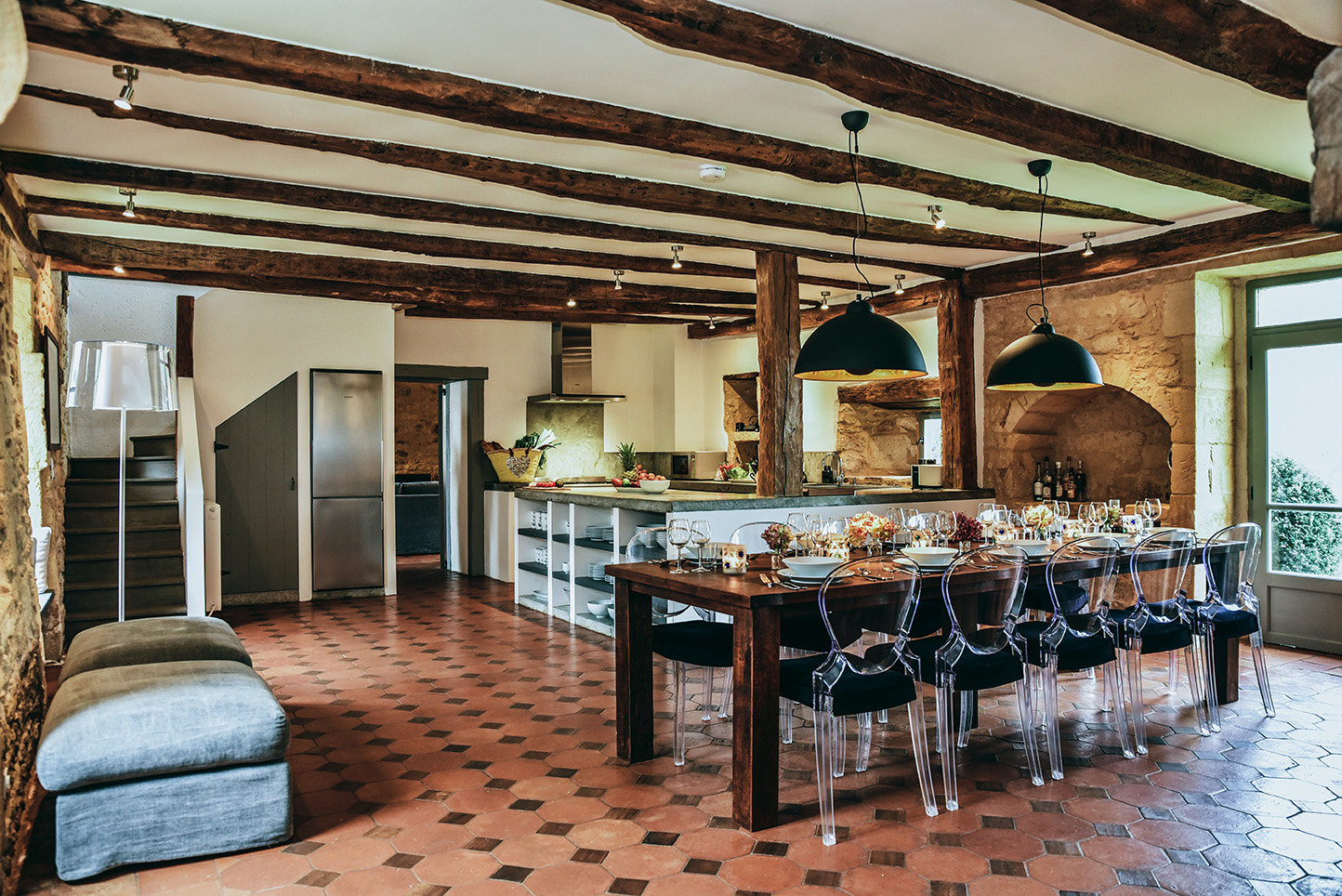 The terracotta floor tiles lead to the living room (44m²), which like the kitchen has exposed beams, an enormous fireplace with a wood burner (wood provided) and doors leading outside to the pool and summer kitchen. There are 3 large comfortable sofas and plenty of games and books to enjoy.

If you want to catch up on the news or watch a film there is a flat screen satellite TV with English and French channels, DVD player, as well as a portable speaker which you can hook your phone, tablet or laptop to via Bluetooth. 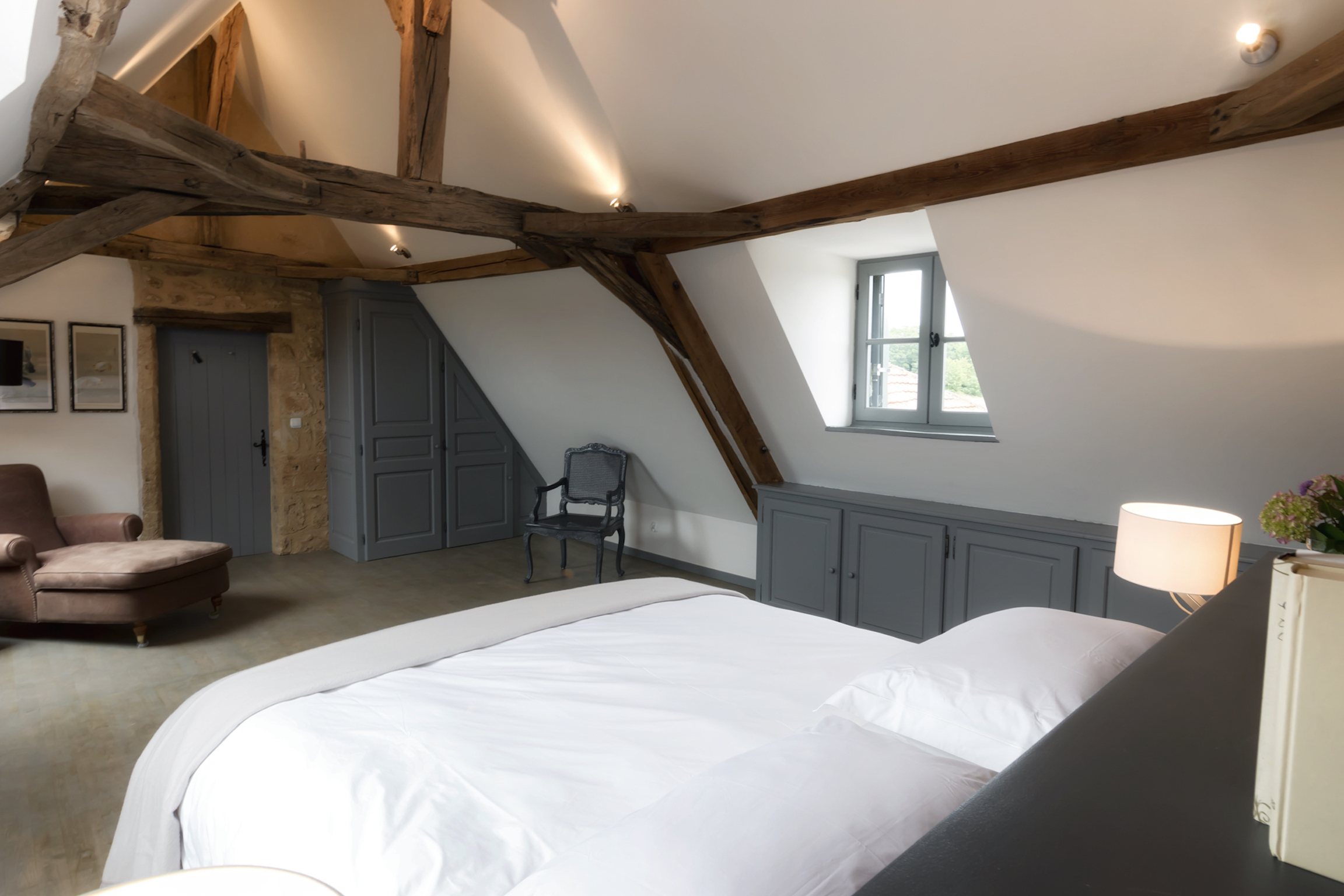 Two bedrooms are on the ground floor at opposite ends of the house, each with two single beds and en suite bathrooms with showers. One of these bedrooms is wheelchair accessible, as is the majority of the rest of the ground floor and outside area. The other (bedroom 5) can accommodate a third single bed, so that a total of 13 people can stay at Le Mas & Le Mazet.

The other three bedrooms are accessed via two staircases. The first staircase leads to a double-aspect bedroom and en suite bathroom with shower.

The main staircase goes from the kitchen 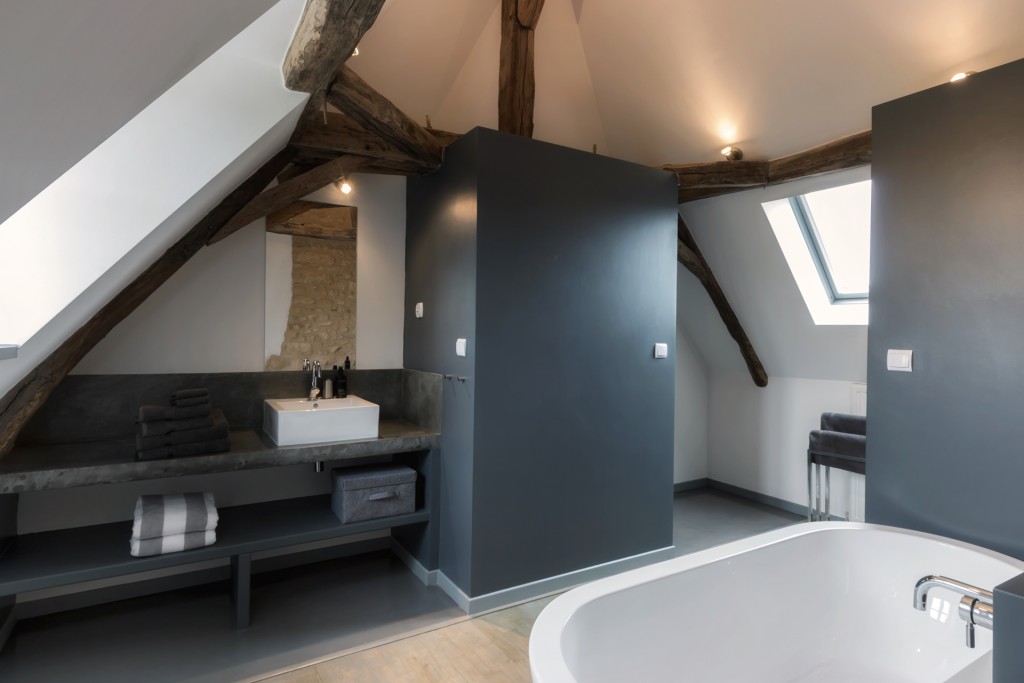 The master bedrooms have wooden floors, beautiful original beams and are light and bright. Windows have views to the fields and woods beyond, being the perfect lookout for deer, birds of prey and wild boars. Both master bedrooms have large en suite bathrooms with showers and free-standing baths.

Each bathroom has complimentary Noir toiletries from the White Company, a hairdryer and each bedroom has a fan in the summer. 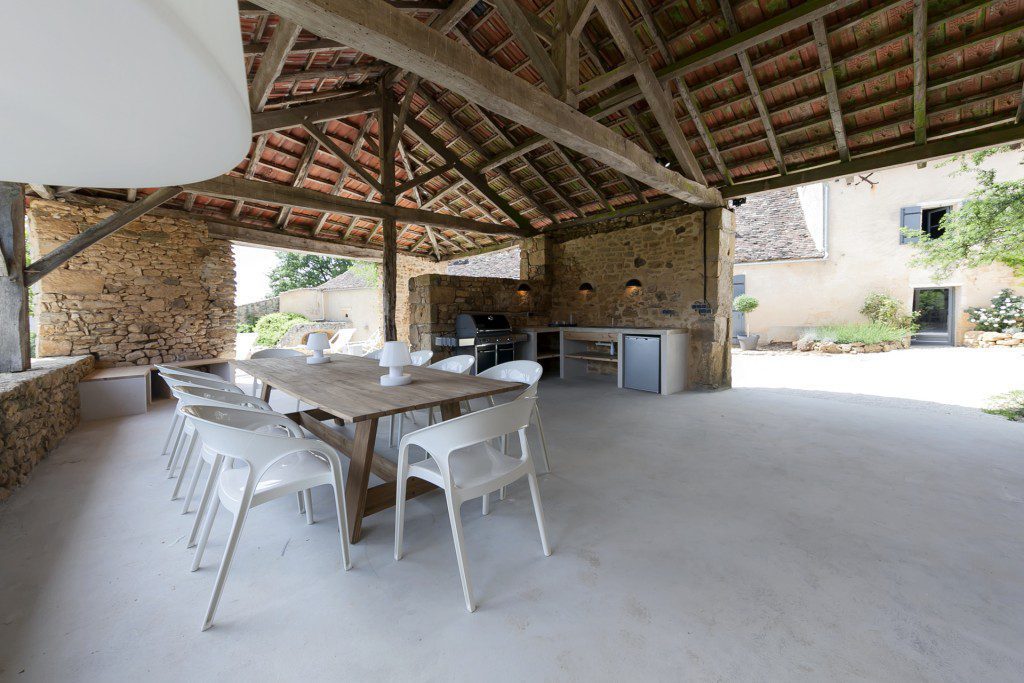 Opposite the kitchen is the covered summer kitchen (65m²). Originally a barn, it still retains the roof but is partly open on three sides, affording you shade, a cool breeze and fantastic views over the pool to the countryside beyond. There is a small kitchen area with sink, Smeg fridge and a Weber 3 burner gas barbecue (gas provided). A large dining table, 12 chairs and comfortable seating make it the perfect setting for long lunches, escaping the sun or spending time together late into the night, with atmospheric lighting. 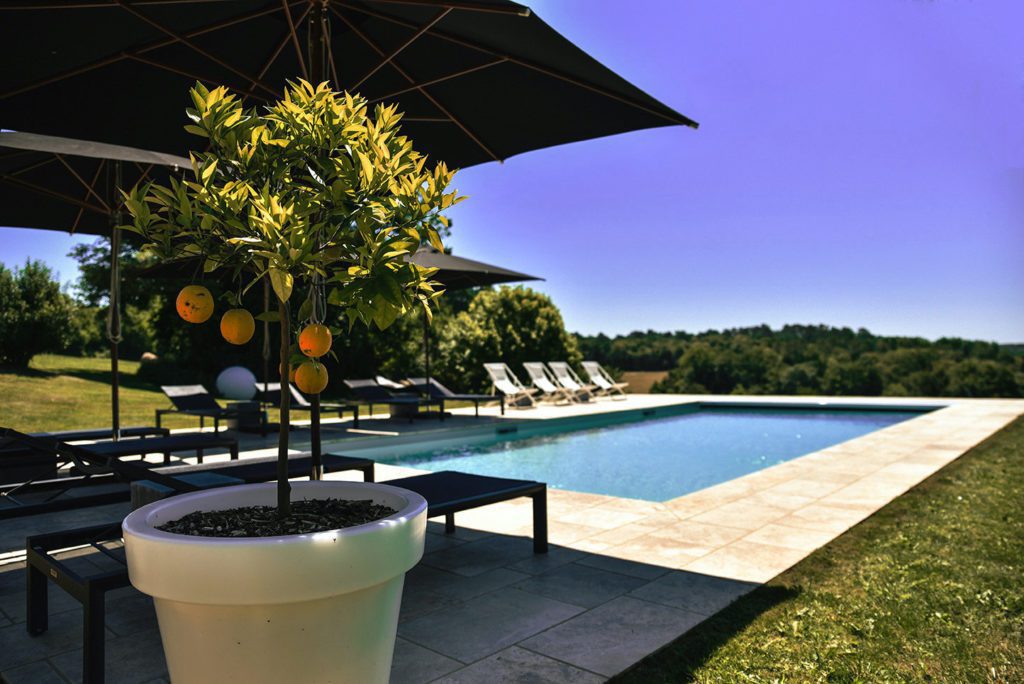 The private heated pool is 10 x 5 meters, saltwater and has an electric cover. It is open from April to October. A saltwater pool uses the process of electrolysis to purify the water instead adding chlorine. This means softer water and fewer risks for allergies and irritation to your eyes and skin. Saltwater pools only have about 10% of the salinity of the ocean.

The pool is positioned to take in the view over the fields and woods beyond, so lie back on the sun-loungers and deck chairs and enjoy it! If you are seeking solitude there are several private spots in the garden.There are also games to play outside such as table tennis, football goal, archery, boules, badminton rackets and shuttlecocks, children’s croquet. There is also a covered pétanque court.

Watch a quick tour of Le Mas to get an idea of the layout. 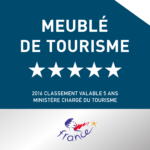 We are delighted that Le Mas has been awarded 5-stars by the Dordogne Perigord Tourist Board. There are only 20 other hotels and gîtes in the Dordogne with 5-stars.

The Daily Telegraph has been to stay and awarded us 9/10 and included us in their Best Hotels in France, and The Times included Le Mas in their 50 French Best Holidays in 2019. You can read reviews from previous guests on Sawday’s.